How to Use ROI Performance Benchmark and Forecast Reporting for more clarity into campaign performance.

This is for media buyers looking to understand their campaign performance and trends over time compared to average performance.

Why You Need This

It is tough to decide when to kill a paid media campaign when the performance is just okay.  It is easier to kill campaigns when the ROI is -100% or to scale campaigns when they are wildly profitable.  But the so-so, average, ho-hum ROI - how long can you hang in there and keep spending?
If you are spending more than normal and some time has passed and the ROI is not there yet - is there any reason to be confident that it is coming?

The ROI campaign benchmarks feature is built to answer these questions.

How to use the ROI Benchmarks

ROI Benchmarks snapshot your marketing campaign performance and compare them against all your other campaigns after the same amount of time using the attribution model you have selected.

This article assumes you understand https://help.wickedreports.com/how-to-use-the-roi-report 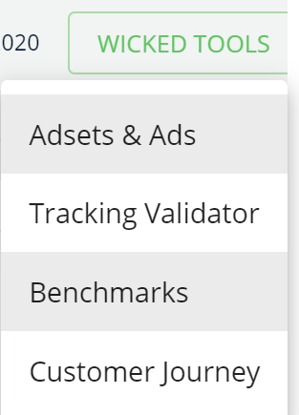 Access the benchmarks for any marketing campaign by selecting Benchmarks from the Wicked Tools menu on that campaign's row from the ROI report.

This will open up and load the Benchmark

metrics for this campaign below the ROI row. 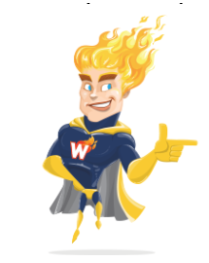 If your campaign is for the very top of the funnel, see this article on  1st click benchmarks:  https://help.wickedreports.com/how-to-optimize-top-funnel-paid-media-campaigns-using-first-click-benchmarks

For bottom of the funnel sales conversion campaigns, see this article on last click benchmarks:  https://help.wickedreports.com/how-to-optimize-bottom-of-the-funnel-sales-conversion-marketing-using-last-click-benchmarks

For an additional information on Benchmarks here is the release video: